THE last financial year has been "a year like no other", according to global Brisbane-based Apollo Tourism and Leisure. Bushfires and the impact of the COVID-19 with its crippling associated government restrictions had been "challenging", the RV renter and manufacturer of Windsor and Coromal caravans says in its newly-released annual report. But with limited options for consumer-related travel and many people finding themselves with more spare time than previously, an RV was "becoming an increasingly attractive option", the company said. "Australian retail sales have been increasing since full lockdown restrictions began to be lifted and it appears that the trend is continuing," it added. Apollo was now in a position to capitalise on increased demand through its ability to ramp up factory production. "COVID-19 has fundamentally changed the primary source of travellers in all our markets," the report said, adding: "Apollo has a significant opportunity to convert more domestic holidaymakers to RV travel." The report revealed that total revenue for the financial year ending June 30 was $366.7 million, with a statutory after-tax net loss of $61.2m. Underlying after-tax net loss was $7.7m. 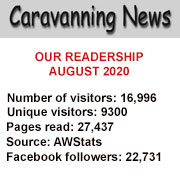 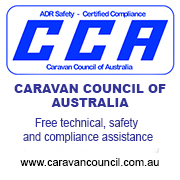 Greg airs a little advice for helping during your caravan travels

AMAZING how many caravanners haven't cottoned on to the value of having a UHF in their tow vehicle.

There's been plenty of times that I've given a call to a caravanner in front of me to warn of a window or rooftop cover being left open, or some other reason.

More often than not my shout over the radio is met with silence.

I certainly wouldn't travel without a two-way because they can be invaluable to learn about road conditions up ahead.

I've often been able to divert off main highways after hearing messages about road accidents and blockages ahead.

And they can be invaluable when reversing into caravan park sites, too.

Just add a small handheld UHF for your travelling partner to radio instructions when backing into tricky spaces!

Makes for a happier relationship!